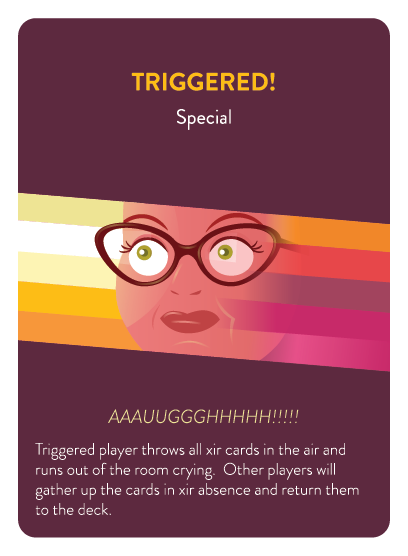 Triggered player throws all xir cards in the air and runs out of the room crying.  Other players will gather up the cards in xir absence and return them to the deck.

Players who have been triggered discard their entire hand and may re-draw at the end of their next turn.  Players who self-trigger may re-draw immediately.

Deplorable characters may also be triggered.