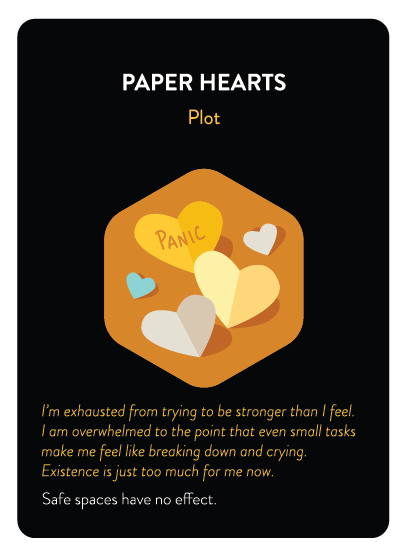 I’m exhausted from trying to be stronger than I feel.  I am overwhelmed to the point that even small tasks make me feel like breaking down and crying.  Existence is just too much for me now.

Safe Spaces have no effect.

Paper Hearts is the tenth episode of the fourth season of the American science fiction television series The X–Files.  Written by Vince Gilligan, the Breaking Bad guy.

Audiences found this episode so disturbing that it was never rebroadcast on network television.

It has nothing to do with emotional fragility, it’s just a great name.