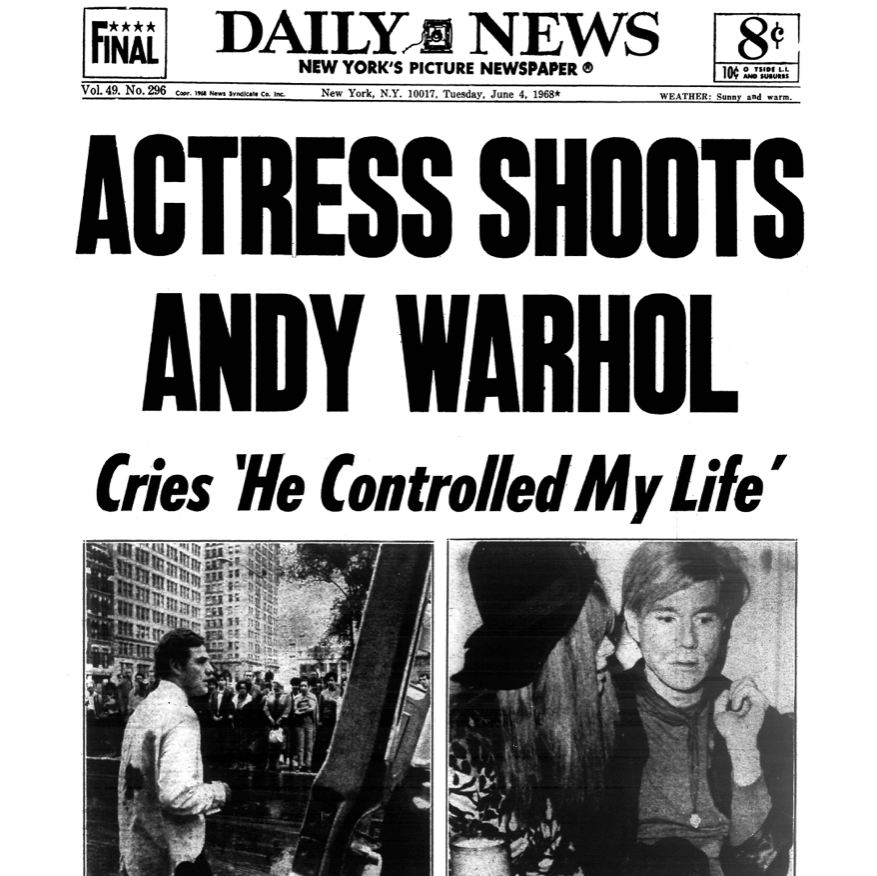 The Society For Cutting Up Men

The Society for Cutting Up Men

Some of the most bizarre criticism we receive for our work is that the “memes” are not “fresh”.  “Are you still talking about [event]?” they fretful type at us, “[Event] happened six months ago.  I am now reporting this page for racism, enjoy Zuckerjail”.

As if every idea were disposable and ephemeral as an internet post.

So much for print media, so much for civilization.

To this allegation we plead no contest.  The development lead time on any physical creative project is at least six months, even when the whole world isn’t busy dropping dead from self-administered gene therapy.

To that end we have never striven to be current, but to assemble ideas from across space and time that we believe come together to paint a very silly picture.  Six months?  Honey, we have memes in here that are older than your grandmother.

Which brings us to the S.C.U.M.  The S.C.U.M. plot card features very prominently in the game Virtue Signal, and despite our best intentions we never got around to explaining what it meant.  We will rectify this deficit immediately. 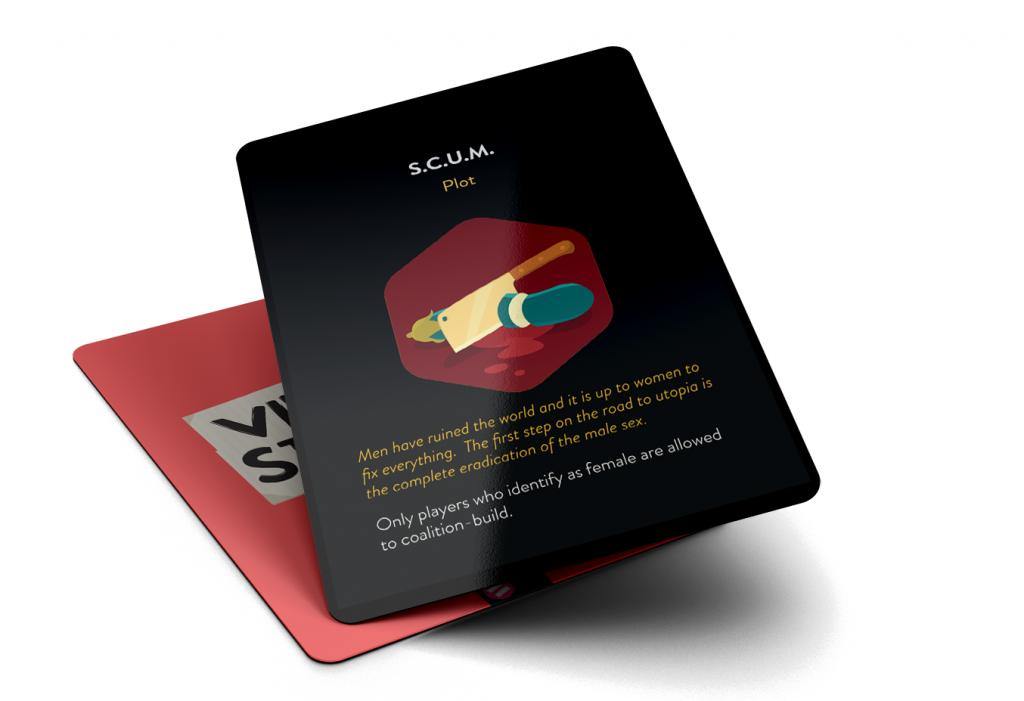 If you are Millennial or younger you have likely been subjected only to the mythological version of what the 60s were:  a time when heroic hippies slew evil racists, The Man got “it” stuck to him on a daily basis, and peace and love hung sticky in the air like an orange patchouli-scented miasma.

This impression is mainly the fabrication of Hollywood, for whom polishing the corners of the baby boom’s image is a full-time obsession.  If you have witnessed fallax opera such as Pleasantville and Forrest Gump you know exactly what I’m talking about–though these two particular films are merely the most egregious examples of what has become a fully-variegated mythological pantheon of boomer bullsh*t.

For starters, all the heavy lifting of the actual civil rights movement was over before the Boomers were in Junior High.  At best they caught fragments of it on television when it interrupted Howdy Doody.

The Silent Generation gets no credit, for reasons I suspect have something to do with their name.  They took all the risks and did all of the serious work.  Then they were shoved rudely aside.

What followed was the Social Justice Afterparty–a bacchanalia of every variety of human excess, now in its 60th year and only recently showing signs of slowing down.

Valerie Solanas was, for lack of a batter word, bats.

What follows is 100% true, with few dramatic embellishments.

Solanas was a “writer”, a junkie and a fugly New York prostitute.  How she came by John Kerry’s chin is anyone’s guess.   Her only works of note were the S.C.U.M. Manifesto (which I will get to in a moment) and a play titled Up Your Ass, which she took to the Factory in New York and asked Andy Warhol to produce.

Warhol thought the play was so obscene that it had to be a trap set for him by the FBI.  He did not produce the play.

A year later Solanas shot him.

Solanas’s S.C.U.M. Manifesto (1968) aka The Society For Cutting Up Men is a unhinged diatribe that has to be witnessed to be believed. Her revolutionary progressive thesis is that men are worthless abortions (her words) who should be genocided.  Rather than editorializing further, I’ll let Valerie speak for herself.

If you’re reading this out loud to your children you should probably stop now.  Danger, rough language ahead.

I went over the Factory sequence in Men In Black 3 frame-by-frame and Solanas is definitely not there. This would have taken place a year after the shooting, so it figures that she wouldn't be invited. 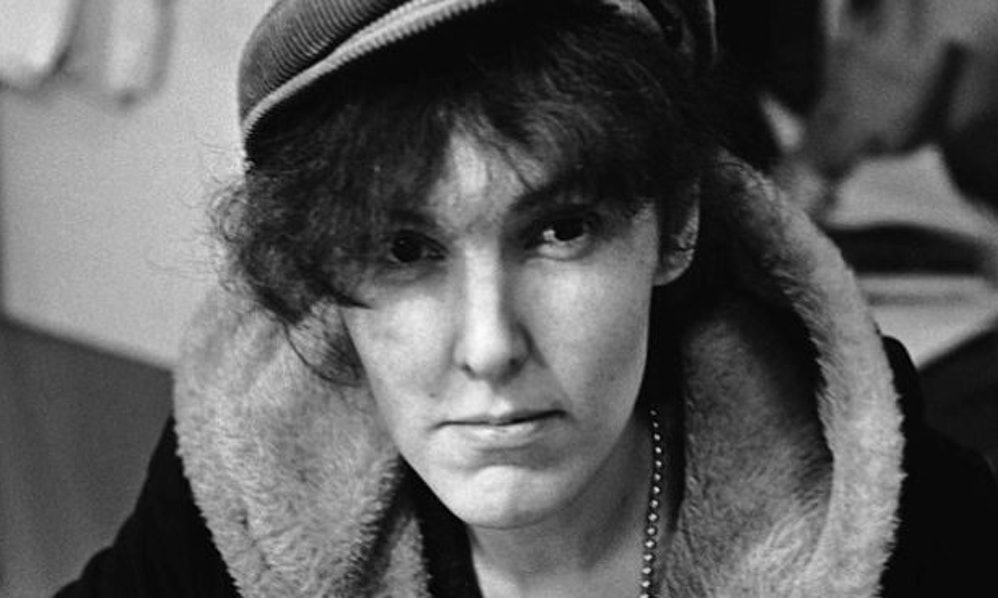 Valerie Solanas
Sex Worker
"Life" in this "society" being, at best, an utter bore and no aspect of "society" being at all relevant to women, there remains to civic-minded, responsible, thrill-seeking females only to overthrow the government, eliminate the money system, institute complete automation and eliminate the male sex.

Valerie Solanas
Attempted Murderess
“The male dares to be different to the degree that he accepts his passivity and his desire to be female, his fagginess. The farthest out male is the dragqueen, but he, although different from most men, is exactly like all other dragqueens; like the functionalist, he has an identity­­—a female; he tries to define all his troubles away­—but still no individuality. Not completely convinced that he's a woman, highly insecure about being sufficiently female, he conforms compulsively to the man-made feminine stereotype, ending up as nothing but a bundle of stilted mannerisms.”

Valerie died in 1988, from what I assume must have been terminal crapulence.  One might assume that the Left must have since abandoned Solanas in their relentless push toward equity, but one might be mistaken.  The Manifesto was re-released in 2004 and again in paperback in 2016.  Both are available on Amazon.

Lest Miss Solanas’s contributions to Humanity and to Western Civilization be forgotten, we have chosen to forever immortalize her.  In card form.

The cover of the 2014 re-release. The Guardian cannot get enough of this stuff.

To paraphrase Chris Rock, "articulate" is what they call retarded people who can talk. 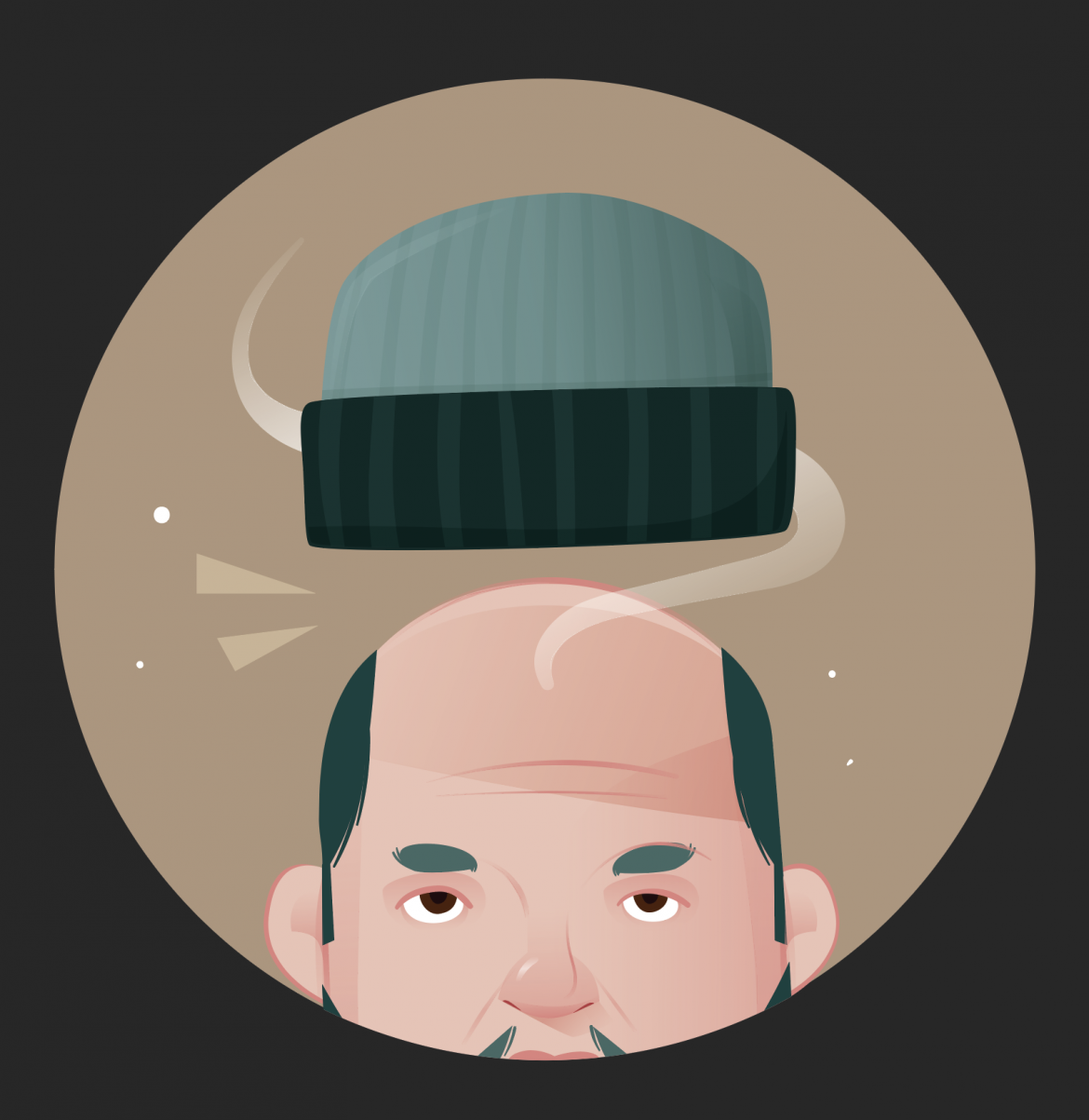 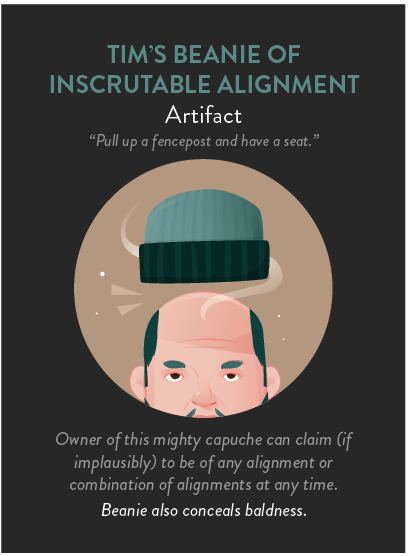 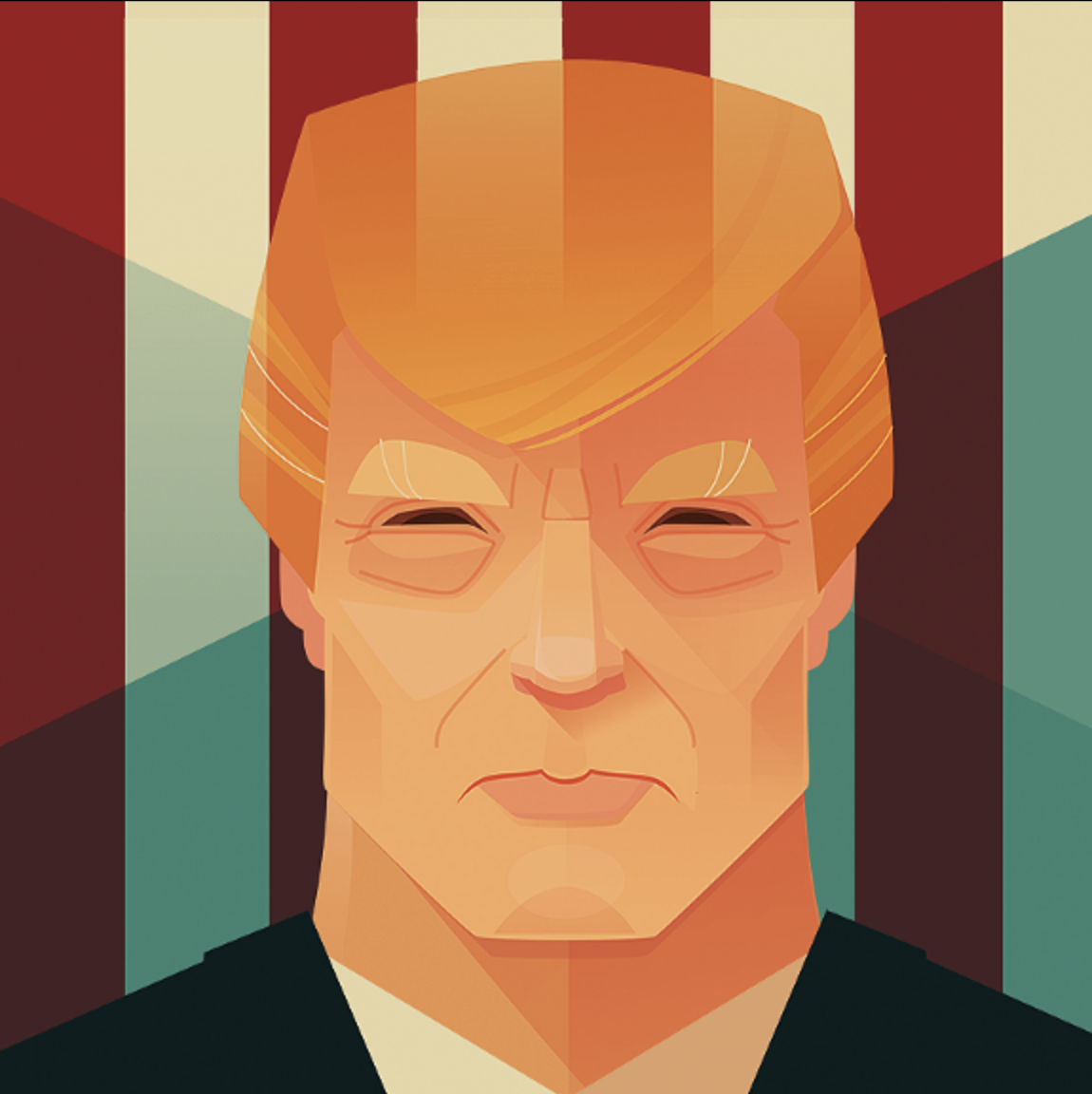 The One Indisputable Talent that Obama and Trump Have in Common
Tuesday, 27 July 2021 by Kimmy Li

We don’t talk about it much, but Trump essentially re-branded the Republicans into the party of the working class. 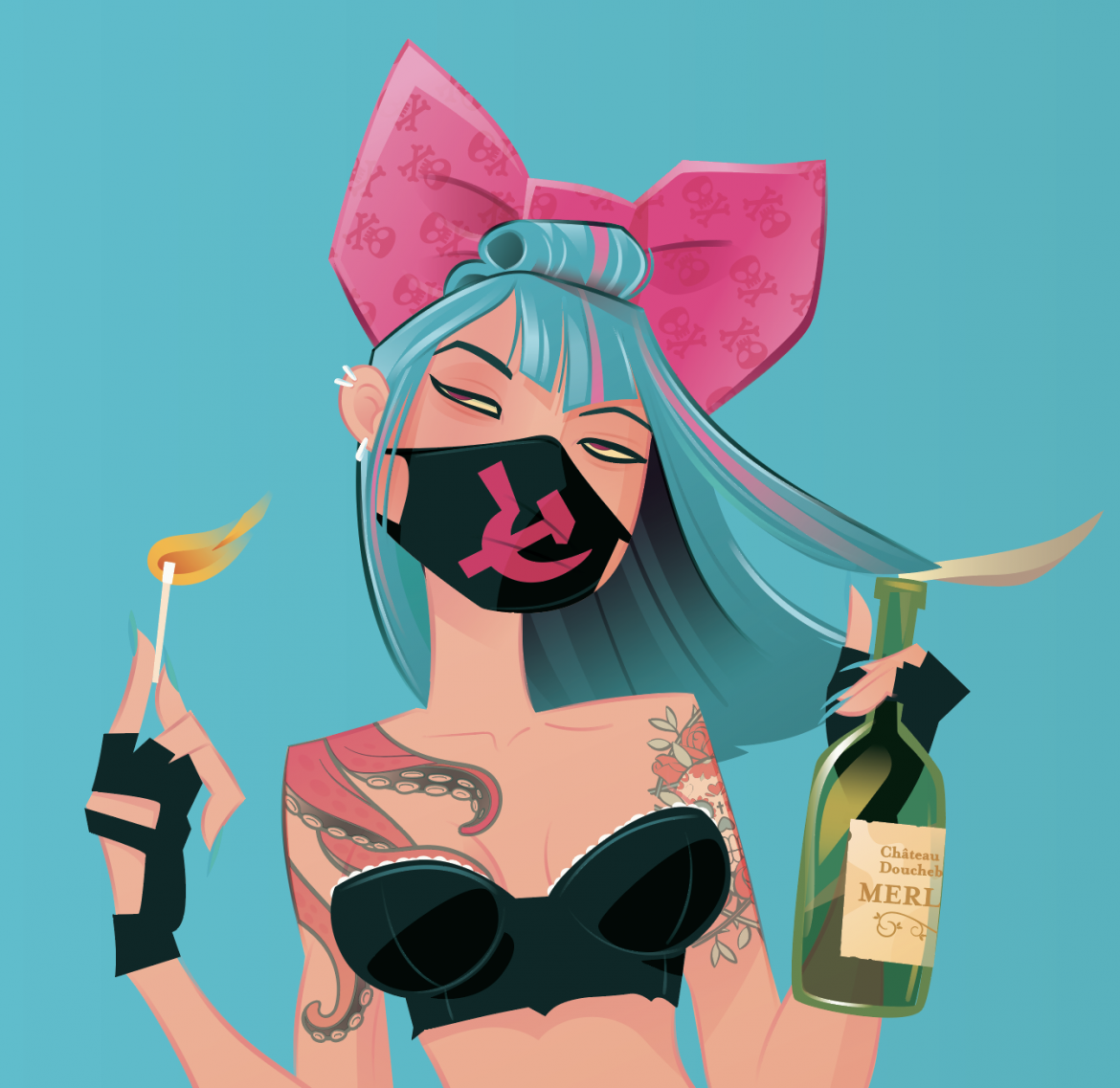 This is a test. McDonalds.