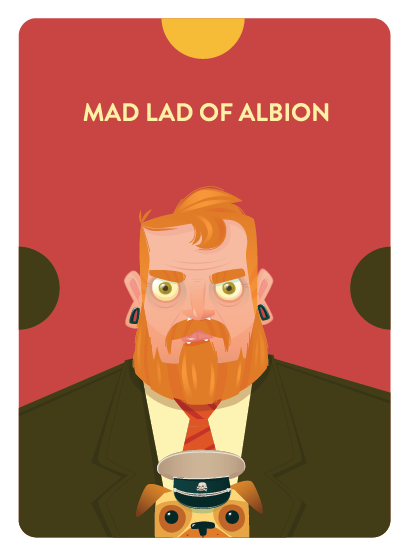 The Mad Lad may move raiders after they have been deployed—within one coalition, or from one coalition to another.  Moving one raider counts as one turn.

The Mad Lad of Albion refers to none other than his Dankness himself, Count Dankula, who became famous in 2016 when he was criminally charged for teaching his girlfriend’s dog to make an offensive gesture in a Youtube video.  As a joke.