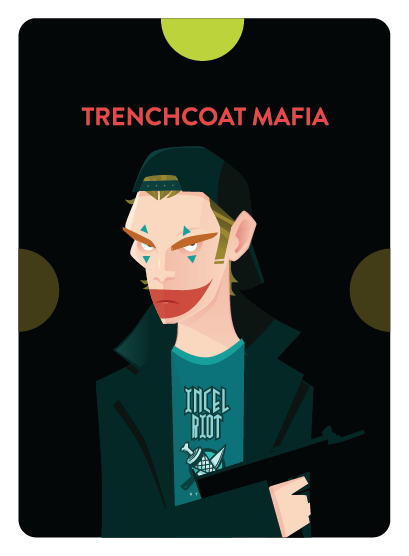 “The framework of society stands above & below me.  The hardest thing to destroy, yet the weakest thing that exists.”

After any action (taken by you) that results in NPC trophies being taken, Trenchcoat Mafia need only return half the normal number of raiders to his pool (rounded down.)

The card quote and the “Kill Mankind” logo are taken from Dylan Klebold’s journals.