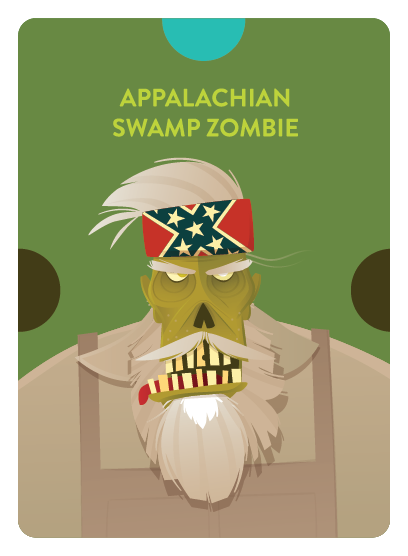 Once per game you may reanimate all the dead raiders (in the discard pile) and play them to your pool.  This action counts as a turn.

The Swamp Zombie character is a commentary on Hollywood’s rather offensive tendency to depict rural Americans as dangerous animals or even as actual monsters.

Zombie’s likeness is adapted from the Robinson family of Duck Dynasty fame, and the name is taken from the 2005 Len Kabasinski film Swamp Zombies!