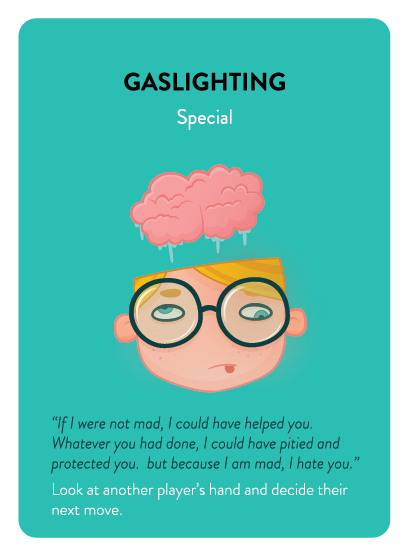 If I were not mad, I could have helped you.  Whatever you had done, I could have pitied and protected you.  But because I am mad, I hate you.

Look at another player’s hand and decide their next move.

Target character’s cards and turn are under the power of the gaslighter.  Their turn is considered to have been taken out-of-sequence on this round.  This effect also works on Deplorable characters.

“If I were not mad…” quote is taken from the 1944 film Gaslight, from which the term originally derives.

Card art was suggested by the game designer’s 8-year-old son.